If you are a reader of fiction, and enjoy a good mystery now and again, it is likely that you have run across the massive oeuvre of Agatha Christie at some point in your reading career. I remember discovering her at the public library when I was 9 or 10. They had five shelves of blue hardback versions of her novels, and–being an obsessive speed reader–I made it the task of that summer to get through all five shelves.

Thanks to the wonder of Netflix streaming, I recently discovered another incarnation of Christie’s venerable detective Miss Marple: the 2004-2007 series, Agatha Christie’s Marple. Unlike the Joan Hickson series from the 80s, this version takes several liberties with the source material. First, it moves the timeline to the mid  1950s, and second, it digs into the pulpier elements of a murder mystery. The results are fantastic. Rather than pre-war uncertainty and the structured silhouettes of art deco, the mise-en-scene is flooded with bright colors, excessive New Look fashions, and a delightful undertow of post-war paranoia and angst.

In the first episode, Miss Marple is seen reading Raymond Chandler’s The Art of Murder–a sly nod to this new vision of Christie’s sleuth, especially given that Chandler criticizes Christie for her weak prose and lack of character development in his seminal essay.

But Chandler and his ilk also provide the inspiration for the gorgeous title design. Each episode is graced with a unique hand-lettered title card that seems lifted straight from the cover of a 1950s pulp magazine. The titles were designed by Tracey Waller, a graphic designer and sign painter who now teaches at the Camberwell College of Arts in the UK.  I’ve pulled a selection from the first few seasons for you to enjoy. 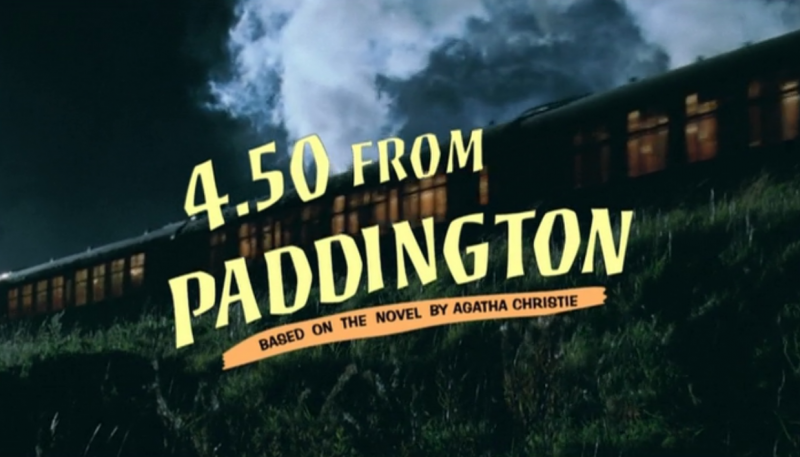 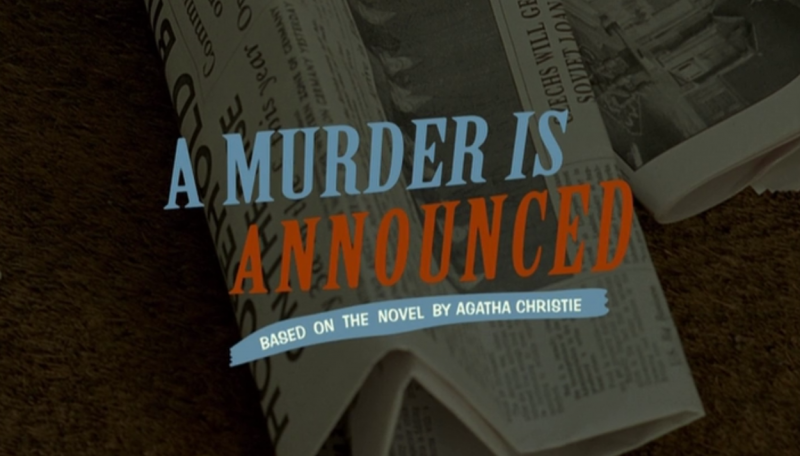 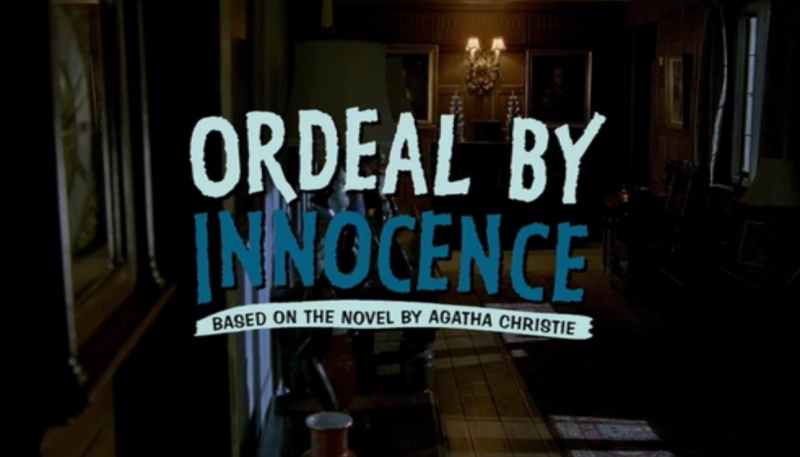 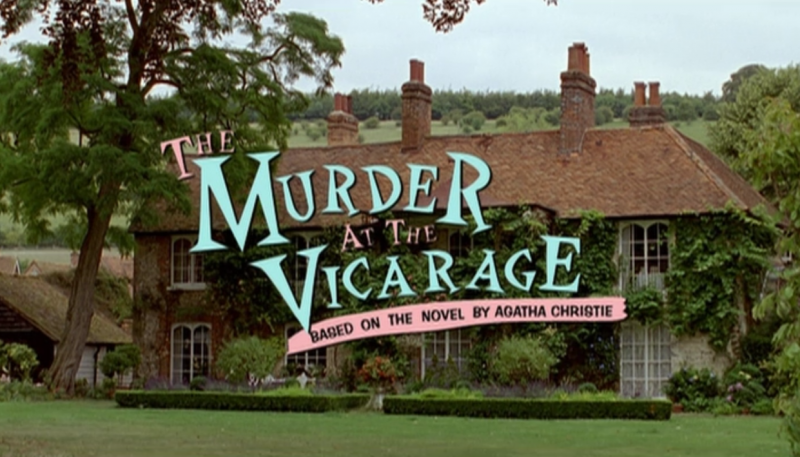 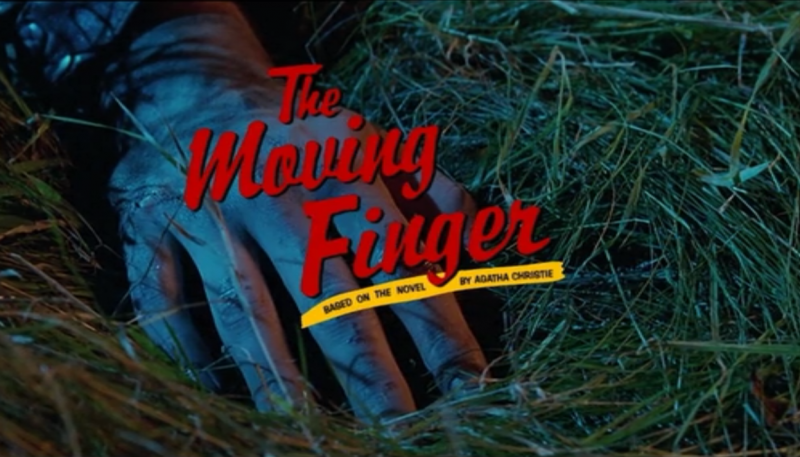 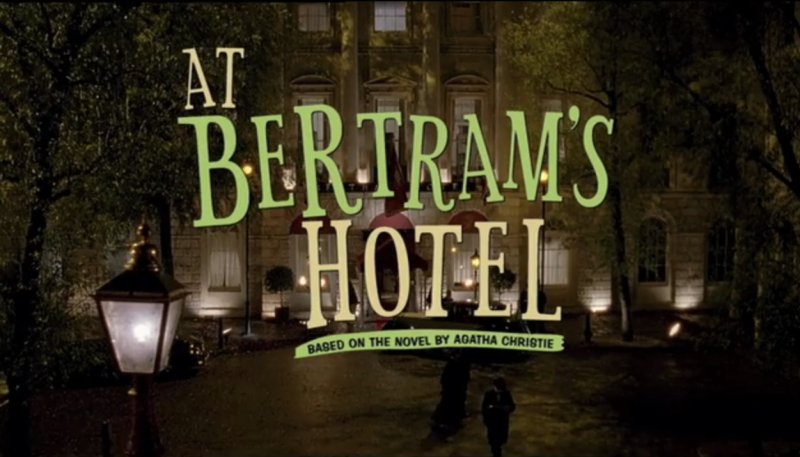 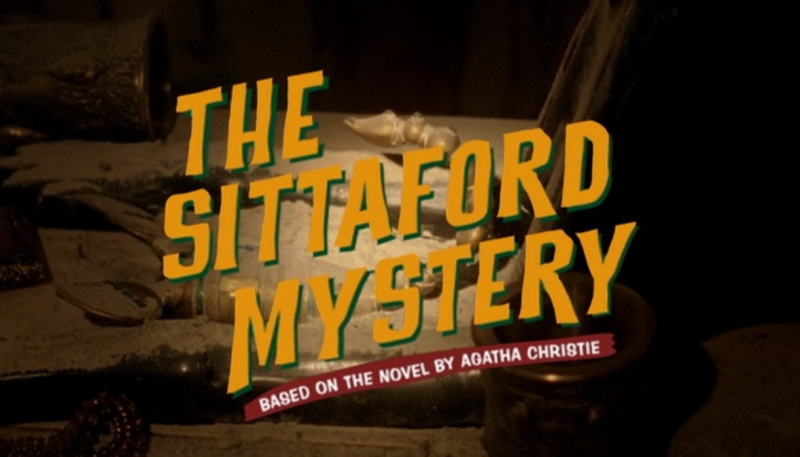 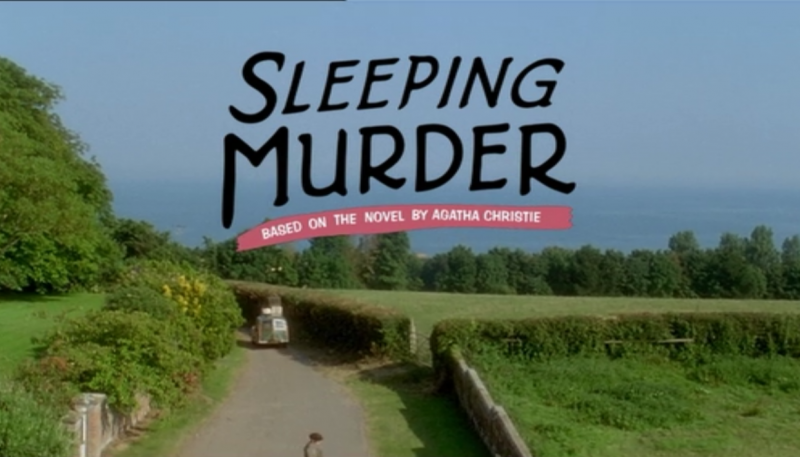 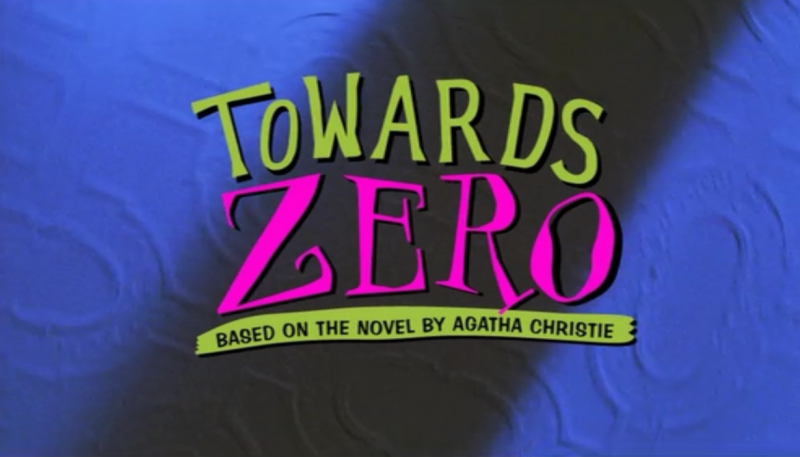 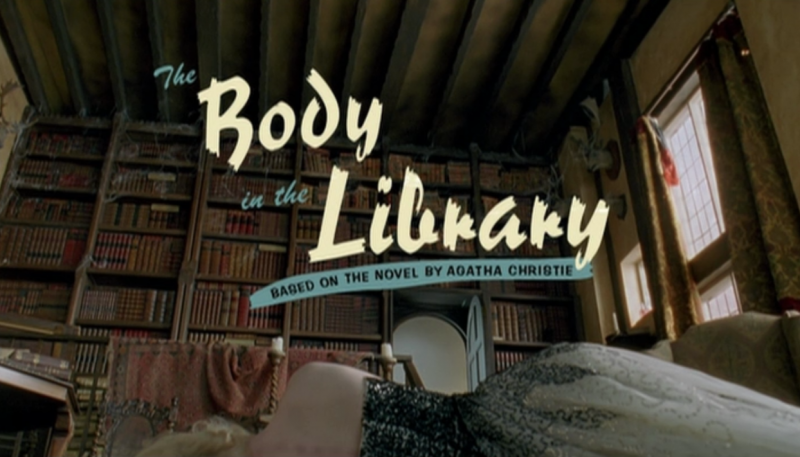